Form 2290 Tax Return open now through the end of August 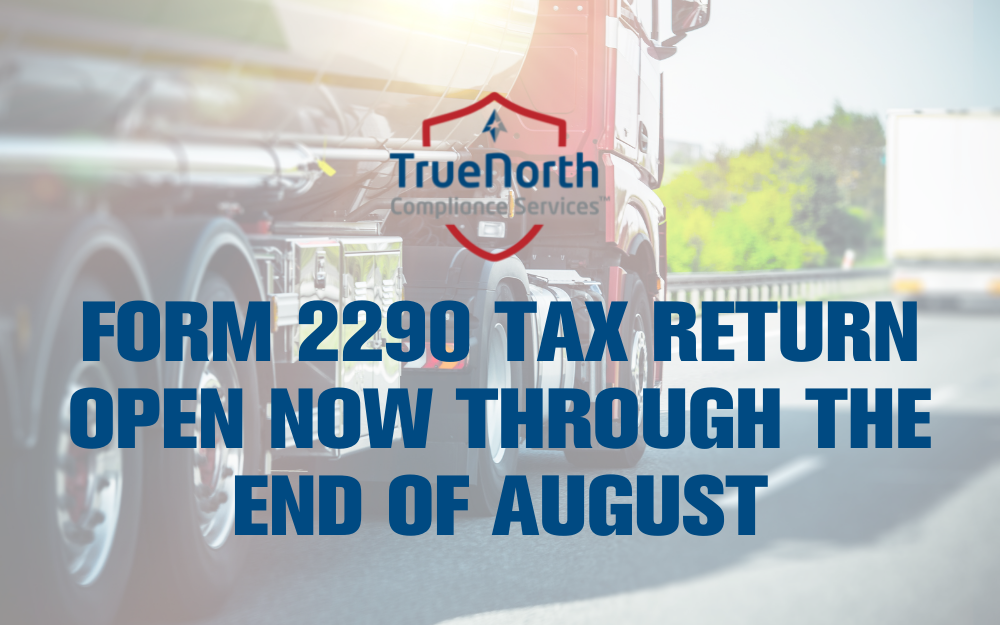 Form 2290 is due at the end of August. The 2290 Form is used for multiple tax filings in regard to commercial vehicles. The following is a list of tax dues that the 2290 covers:

Having difficulties filing Form 2290? We can help! We offer a full gamut of services at TrueNorth Compliance Services including assistance with filing your 2290 Form.